We can customise your arcade hardware or cabinet to give you the arcade machine of your dreams.

We love restoring and fixing arcade machines but sometimes a customer wants to expand their gaming experience or give their old cabinet a new lease of life. We combine the original features of a machine with modern technologies to create a tailored experience that’s takes the best from both worlds.

We’ll work with you to deliver the gaming experience and arcade cabinet look you desire. There’s no need to settle for second best, our experience and knowledge lets us take your ideas and make them into real and tangible products. 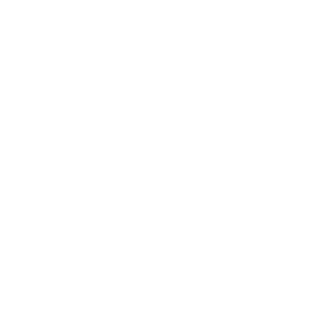 From RGB lighting to MAME upgrades – see what we can offer.

Upgrade and customise screens and displays.

The best of both worlds – console games with arcade hardware. 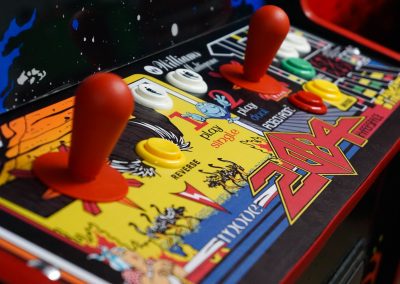 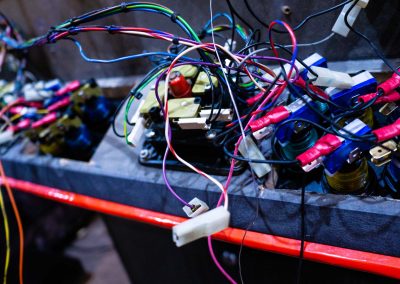 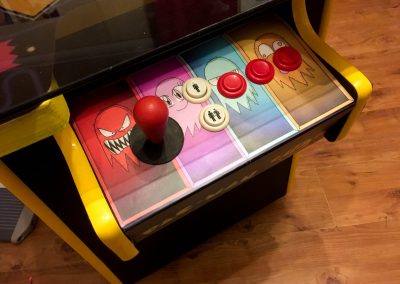 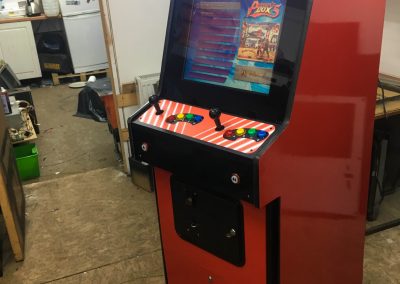 Take control of your gaming

If you’ve got a 3 or 4 button cabinet, we can retrofit new button into your existing console or even built you a new control panel with a different layout.

If your left handed we can build you control panel with a layout to match your southpaw ways.

There’s a wide range of joysticks, buttons and controls available so why settle on what you got when you can have what’s best for your playing style.

New Arcade quality joysticks, buttons and micro-switches will give your video arcade a new lease of life and let you get the most out of your games.

We also design and print CPO’s (Control Panel Overlays) and have a extensive library of original prints. 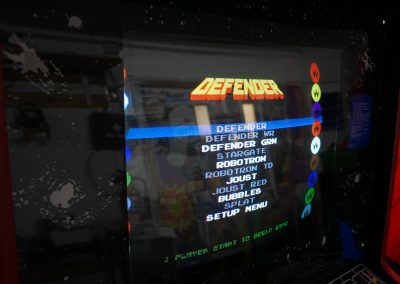 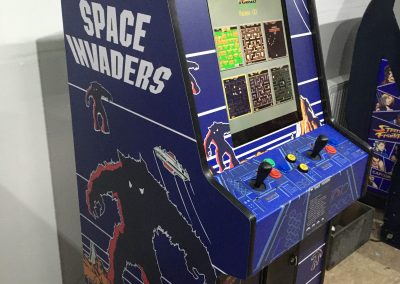 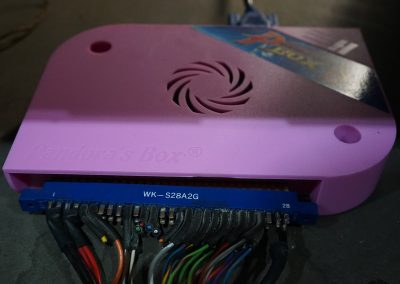 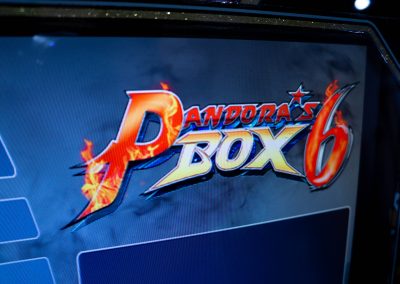 Get more from your cab

Give an old cab a new life by replacing your single game board with new multigame board. We can upgrade your machines wiring loom to work on a new board, while allowing you to unplug the board and swap it back for an original Jamma game board. This is none destructive and great for cherished cabinets.

Popular upgrades include the Pandora box 6, JROK multi-game boards and the classic 16 in 1 Icade for retro vertical gaming and the 60 in 1 Icade featuring and the arcade classics from the 70’s and 80’s.

If MAME systems are your preference we can upgrade or build you a new PC based machine and install the extra controls needed to navigate your new games. 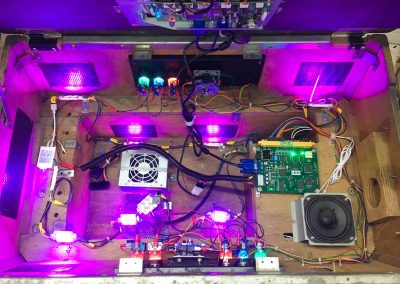 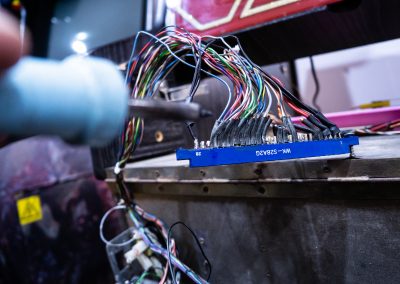 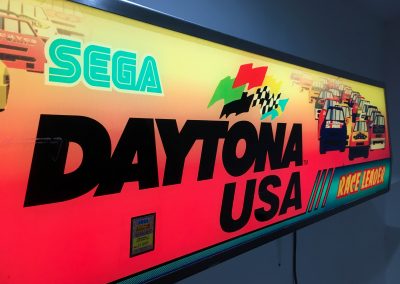 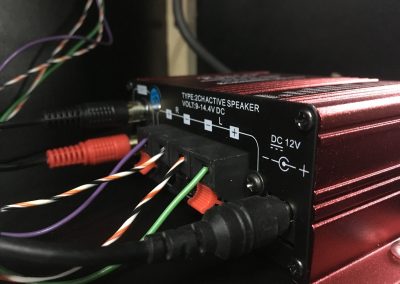 Level Up Your Gaming Experience

If your system is running on a PC MAME or original arcade we can install extra RAM and install a SSD (solid State Drive) to speed up loading times, improve game play and smooth graphics – Then it comes to upgrades anything you can imagine, Retro Leisure Midlands can accommodate.

We install 2.1 surround sound systems in your machine to really make the audio kick.

Old CRT monitors can be expensive to repair, and need looking after to keep them in good order. If reliability is more important to you then authenticity Retro Leisure can neatly and professionally fit an appropriate LCD screen. We can also upgrade your sound with better speakers and powerful amplifiers. . 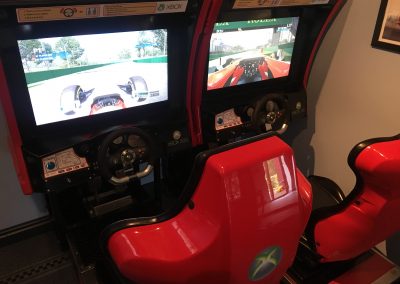 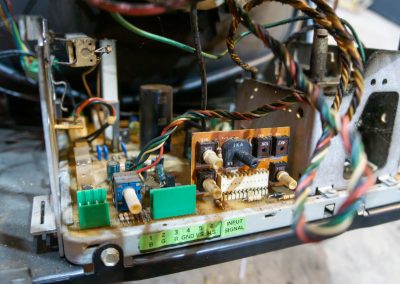 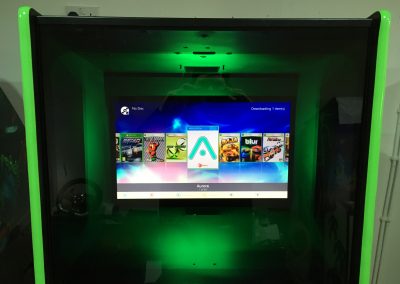 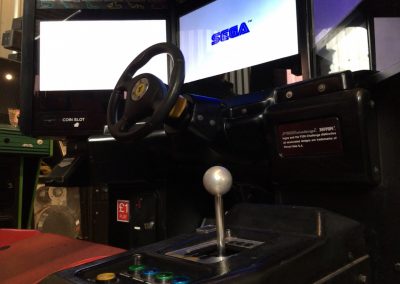 The Best of Both Worlds

Many classic arcade games don’t run reliably or as expected on MAME systems, but some of these same games are available on classic console like :- PS1, Ps2, PS3, Xbox, Xbox 360. So we’ve learnt to combine the consoles game choice with arcade controls and cabinets to produce home systems that are reliable, easy to use and bring a new level to classic console gaming.

Driving cabinets can be converted to run on the Xbox 360 and PS3. Original arcade pedals are connected to the retro installed consoles official steering wheel.

The combination of arcade controls and feel mixed with the graphics, controls and sound of the console is an incredible experience and is guaranteed to make you smile.

Installing PlayStation 1 and 2 inside arcades makes a great solutions for playing Arcade light gun games that can be hard or expensive to get hold of. Play Point Blank, Ninja Assault and Time Crisis 2 and more are available and their gameplay is very close to the arcade originals. These systems all use original arcade CRT monitors as the console light guns need this to operate.

If fighting games are your thing, imagine playing your favourit game standing at an arcade machine and using the arcade joysticks and buttons to control the game play. If you don’t like the game, just load another and keep gaming. We can build this for you. 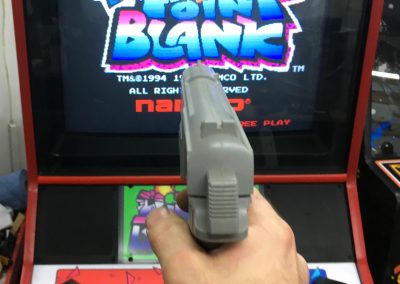 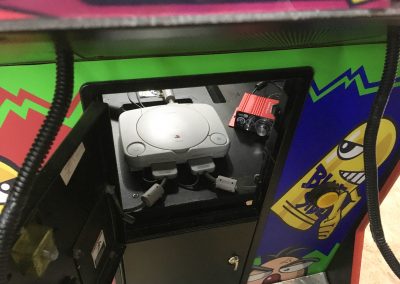 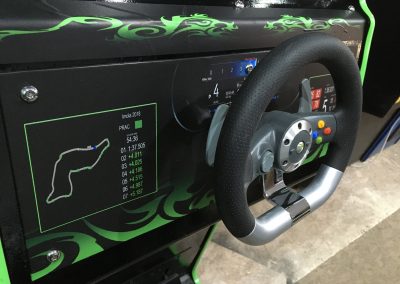 Over time arcade side art and stickers can become worn out and need replacing. We can help with this. We have a wide range of arcade artwork available, some pieces we’ve reconstructed ourselves from broken artwork using Adobe software to remove scratches and repair holes in the art. We also print and laminate the artwork in house and apply it in our workshop. 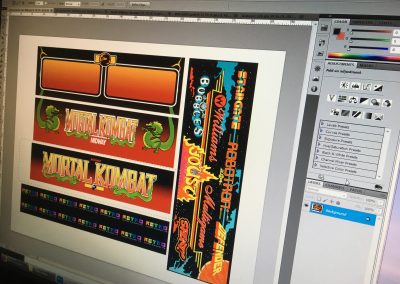 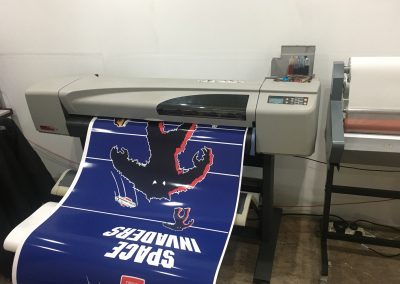 We would love to hear from you! Complete the form below - or give us a ring - and we'll get back to you as soon as possible.

Give us a ring on

You can find out more about which cookies we are using or switch them off in settings.